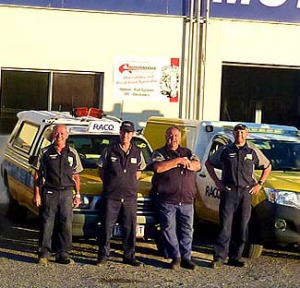 The original proprietor was Livio Favero. Livio continued to grow the business along with the help of his brother Charno.

The RACQ breakdown contract was taken in April 1974 – operating 1 service van and 1 tow truck. During this time the business became a successful and diverse automotive repair centre.

Livio retired in June 2006 and the business is now owned by Stephen, David, Charno and Warren, who bring with them many years of experience.

We are an RACQ Approved Repairer, enabling us to furthur expand our business. Over the years we have received various awards, including Level 2 CSP of the year in 2013.